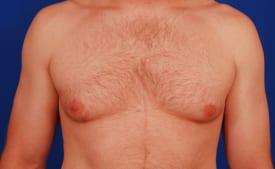 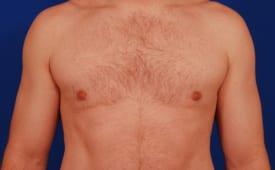 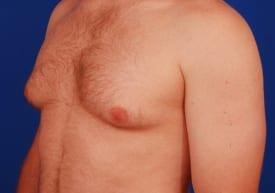 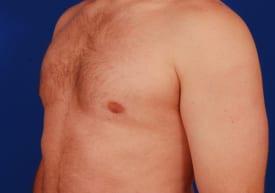 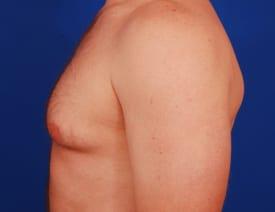 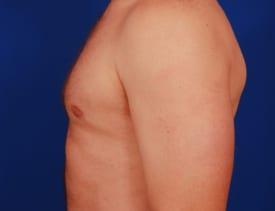 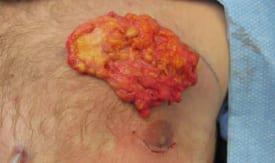 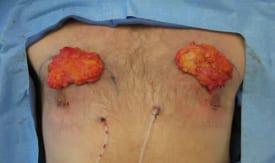 This is a 29 year old young man who is 5’9″ and 189 pounds who complained of gynecomastia. He told me that he took prohormones in college. He told me they were really easy to get at the nutrition store and that within a month he gained twenty pounds of muscle. He told me it was all a big mistake. He paid the price as he developed gynecomastia. It bothered him a lot like it does all men who have it. He is seen here about one year after gynecomastia treatment surgery of about 50 grams of tissue each side as well as 300cc of fat removed with liposuction.

His tissue came out all together as you can see in the specimens. This means that I either remove some of it or all of it. If I remove only some of it, that would mean I would leave some tissue behind. Most patients don’t like that. The problem with complete removal is that this can lead to some contour irregularities as the skin then is right next to the muscle and this can cause some dimpling and other irregularities when using the muscle. In his case, he told me he preferred that I remove all the tissue because he absolutely wanted it gone.

The result is quite nice. He is pleased. It bothered him as a 10/10 and now it’s a 1.5/10. Stay away from prohormones. If you want to get buffed, try doing it the old fashioned way with diet and exercise.

In his own words:

I just saw the before and after pictures from my surgery on your website today. I was completely AMAZED at the difference. My only regret is that I wish I would not have put it off for so long. The results have been life changing for me. I used to be the always-at-the-pool guy, but later started to become self conscious about my chest and would make excuses for not going out there anymore. But now, after my surgery, my wife and I are looking forward to cooking out at the pool again, kayaking, or going tubing down the San Marcos River. Who knows, we may even get a boat and start going out to the lake!! All I can say is THANK YOU a million times for changing my life back to the way it used to be and bringing back the confidence I had lost. You have truly lived up to your reputation as being THE BEST.