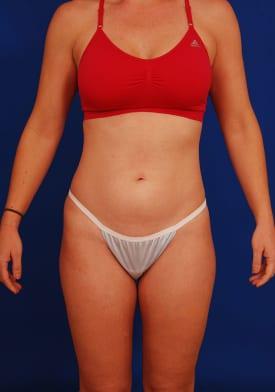 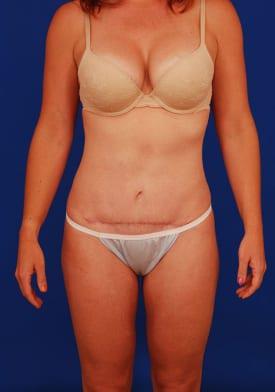 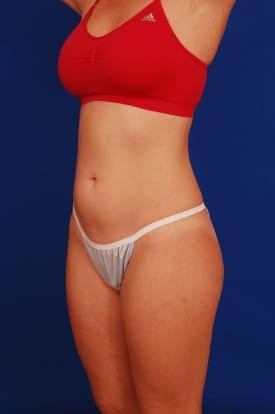 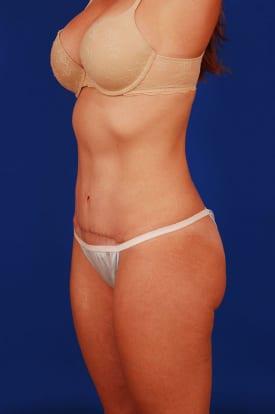 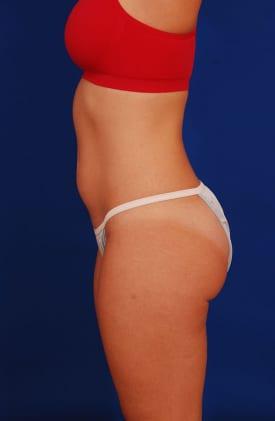 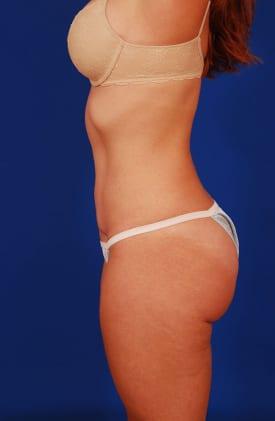 This is a 35 year old mother of two who was interested in body contouring options. She had a previous breast augmentation. She complained of fullness in her body and laxity of the skin of her abdomen particularly when she bent over. I told her she has a beautiful figure and I would recommend that she needed nothing at all. However, she wanted lipo contouring particularly of her abdomen, upper legs, thighs and around the buttock area.

We discussed options for her abdomen which included liposuction alone versus a full tummy tuck or a floating tuck. We agreed on the floating tuck because we wanted to keep her abdominal scar as low as possible and the focus was really on tightening of the abdominal fascia and skin removal mostly on the lower abdomen. Her belly button was high which made her a good candidate for this technique as well.

She is seen here about six months after a liposuction and floating abdominoplasty technique. She enjoys significant flattening of her abdominal area and she is also much smaller from her liposuction. You can tell this best by noting how much larger her breasts appear and how rounded her buttock area is. Because all other areas are smaller these two areas in particular look larger. She lost five pounds since her procedure.

As I said before, I thought she had a magnificent figure but some patients really know what they want. Her abdominal scar will continue to improve over time. She has no scar about her belly button. She has some small contour irregularities of the medial legs that we can either leave alone or come back after a year to make some improvements under local anesthesia. She is very pleased with her result and her new figure.

A floating tuck can be confusing to most patients. The best way to learn about it would be during a consultation with your plastic surgeon. It’s not a commonly performed alternative because most patient would benefit from a full tuck which is similar but not exactly the same.