Many of my plastic surgery consulting patients make note of their “hook nose” shape that they particularly dislike. What causes a hooked shaped nose and how is it treated with a hook nose rhinoplasty? Why does a hook nose shape appear worse when smiling? Can a hooked nose shape be corrected with rhinoplasty? 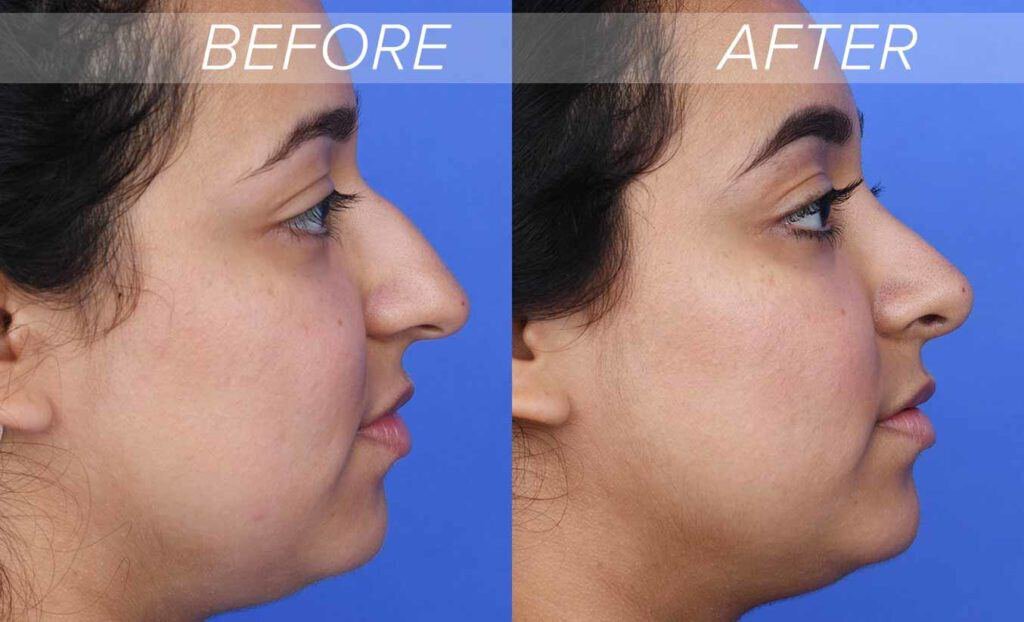 What is a Hooked Nose?

A hooked nose, also known as an aquiline nose, describes a nose with a high dorsum or bridge and a low tip that droops. This creates a banana-like curve of the nose in profile. It is a common nose shape, particularly in the Hispanic population as well as some people from the Mediterranean region. Although perfectly normal and quite beautiful in many ways, it bothers some people, particularly on profile view. When smiling, the nose tip often widens and droops even more.

This is a nose that I often describe as being out of balance. The typical profile measure of a nose is that of a tip that is higher than the dorsum. Unfortunately, the opposite exists for a hook nose. The tip is made of weak and underdeveloped cartilages. These weak cartilages contribute to the tendency for the nose tip to droop and widen when smiling.

How to Fix a Hook Nose

What is the solution to the problem of a nose tip that droops when smiling? What can you reasonably expect your surgeon to do to correct this problem when making your ideal nose? I have always been a student of observation and common sense. Although I am aware of all the existing literature regarding this issue, I also know that I NEVER hear of this complaint after I am done performing my nose job for a hook nose. Why is this?

Probably for two major reasons. First, I lower the dorsum so it is no longer higher than the tip. This improves the relationship between the tip and dorsum so the tip won’t droop when smiling. Second, I will actually improve the shape of the tip cartilages so it is higher than before. These sutures also strengthen the cartilages so it resists forces that pull it down.  In some cases of very weak tip cartilages, I will use a cartilage graft from your septum to build into the tip itself so it is super strong. I have NEVER found it necessary to cut or adjust the muscles of the nose to achieve our desired result.

As always, the hooked nose rhinoplasty surgeon must focus on the entire nose and not just the tip shape. Proper nose balance is all about the nose having a certain shape that is typical – a dorsum that is lower than the tip complex and a nose that isn’t long and droopy at the tip. My job is to work the entire nose so it looks beautiful and proportional to your face. 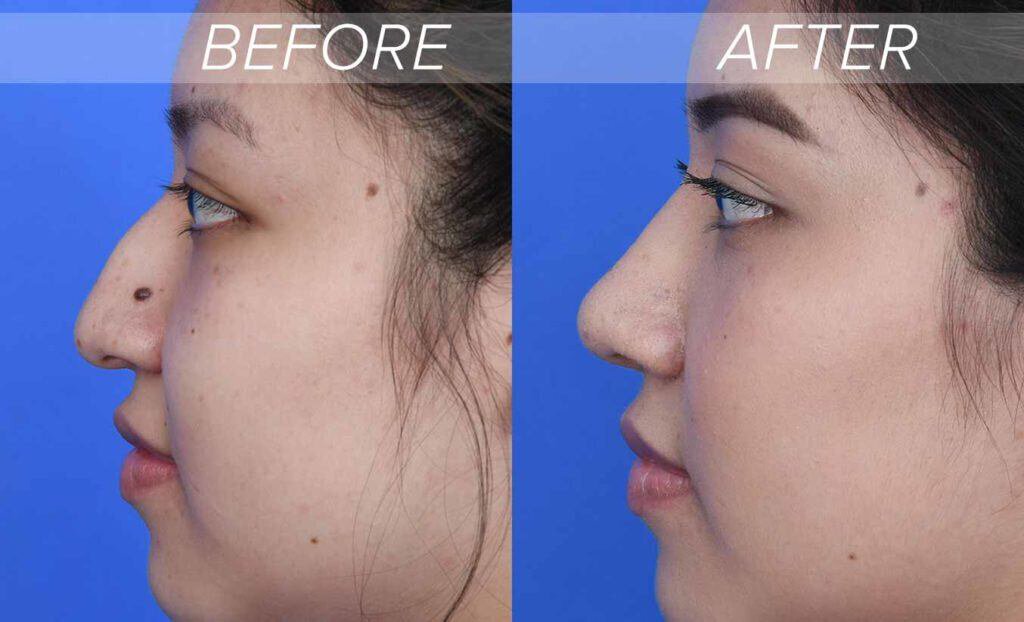 The moral of the story is a simple observation: although many people with a hook nose complain of it drooping and becoming wider with smiling, I never hear about this after correction of a hooked nose. The result of an expert nose job is a well-balanced, natural-looking nose that fits your face and doesn’t get funky when you smile!

After treatment for a hook nose, your nose will still look like a normal nose. You can smile as big as you like and it won’t droop like it did before. The greatest personal insecurity that sits in the middle of your face will no longer be there. Your new nose complements your face better. It looks unoperated and natural. It’s your nose just a lot better. In fact, I’m not sure that anyone will even notice your new nose other than comments like “you look different and I can’t tell why!” We consider that a hooked nose job home run.